Radio and electronics have been my hobby since a teen. I got my start building a crystal radio set with my Father when I was a pre-teen. I remember tuning the cat whisker as I lay in bed trying to pick up the more distant broadcast stations. From there I experimented with electromagnetic coils , demagnetizing my Father’s hunting compass when I attempted to determine the magnetic field effect of an AC energized coil . I bought a pair of crystal controlled Midland CB walkie talkies as a teen before CB became a fad in the 70’s and spent my hard earned money toward the acquisition of the 23 sets of rocks. I have had a two-way radio in every car I have owned since I learned how to drive – punching holes in the auto body to mount the prerequisite whip antenna. I gave up the practice of puncturing the body when I began earning enough to buy brand new cars and discovered magnetic mounts worked just as well.  I became a Novice amateur radio operator in 1973 while serving in the Air Force and upgraded to General class as soon as I had mastered 13 wpm several years later. I was one of the first to erect a forty foot tower with a dual polarized Yagi outside my quarters in the Bachelor Officer’s Quarters at the air base in Grand Forks, ND. It was here I met and married my wife, Barb,  KCØUEC, who got her Novice Class ticket so we could share the hobby. While in Grand Forks I assisted in providing emergency communications during the flooding of 1979. While working on my second Bachelors Degree in Chemical Engineering at the University of North Dakota (my first being in Chemistry from the University of Minnesota, Duluth), I published an article “TRS-80 Your Electronic Brasspounder [Transmitting and Receiving Morse Code with the TRS‑80 Microcomputer]”, page 90, September 1981, 73 Magazine. The article featured the Z80 machine code program I had developed to allow the sending and decoding of Morse Code on the computer. I upgraded to Extra Class in 2001. I continue to be interested in computer interface to control the radio and have written my own control programs to interface my weather station to the radio as well as control radio operations remotely. I utilize APRS for Sky Warn operations and run a local digi/IGate. I have been involved in emergency communications as an Emergency Coordinator for the North St. Louis County RACES group. I currently act as Net Control Station periodically for the North-east Minnesota Public Service Net and the Iron Range Net – Saturdays at 1300Z on 3.919 MHz. I presently hold the position of Secretary, Property Manager and Repeater Committee Chairperson with the Mesabi Wireless Amateur Radio Club. I obtained accreditation as a Volunteer Examiner (VE) with the ARRL and Laurel VECs in 2017.

The site is in the format of a blog, allowing visitor interaction .  Please feel free to ask questions or make comments. Any questions will be responded to as soon as possible . 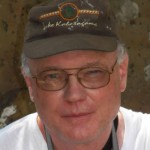